Flying goggles
Adine is the waitress and delivery flyer for a cafe the player visits in the town. She dreams of being a professional stunt flyer and works hard to get noticed at a local stunt flying competition.

Adine has a kind and caring personality. Sometimes she works as a volunteer at the local orphanage. She enjoys stunt flying and showing off her tricks. She is also superstitious and believes in human myths, tarot cards and horoscopes.

During her childhood, other dragons used to make fun of the green spots and marking on her skin, she felt bad and tried to wash them away, however she failed.

While practicing a trick, she clashed into the ground, a puddle of mud cushioned the fall so she didn't get badly hurt, however many other dragons where there at the time and started laughing at her.

a) Meeting at the restaurant:

b) When Sebastian asks if you mind that he left a tip on your name:

c) Meeting at the crime scene:

Answer her questions with the options below.

- Maybe there's more to it than that.

- Awesome! Where can I watch that?

- Well, what did you expect?

- I thought it was awesome!

- It wasn't really my kind of thing.

- I'll check it out when I have the time.

- Invisible for a day.

- Last goodbyes and hope for the best.

e) When investigating for the police, go to the library first, ask Remy what did Adine want and then leave.

f) Second date: Answer Adine's questions with the options below.

- I'm not sure what to expect.

- I've been dreaming of fire.

- The dream stuff wasn't so bad.

- I prefer to take the reins.

- That's what I was looking forward to.

- I think I know what's this refers to.

- Now you can finally put it in the thrash where it belongs.

- What, an actual human in front of you is not enough?

g) Third date: Answer Adine with the options below.

- I wish I could do that with my feet.

- That's actually the point of those contests. 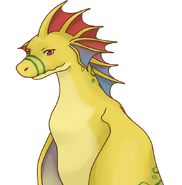 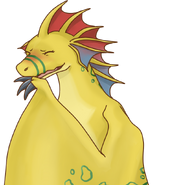 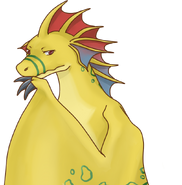 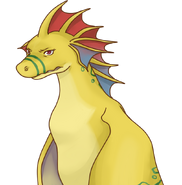 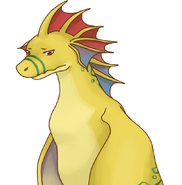 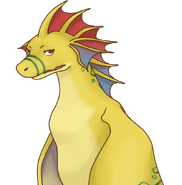 Adine at the shower 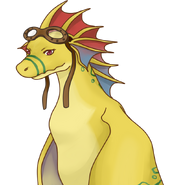 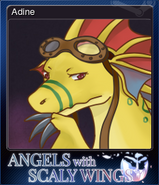 Adine's card on Steam.
Add a photo to this gallery
Retrieved from "https://angels-with-scaly-wings.fandom.com/wiki/Adine?oldid=1410"
Community content is available under CC-BY-SA unless otherwise noted.